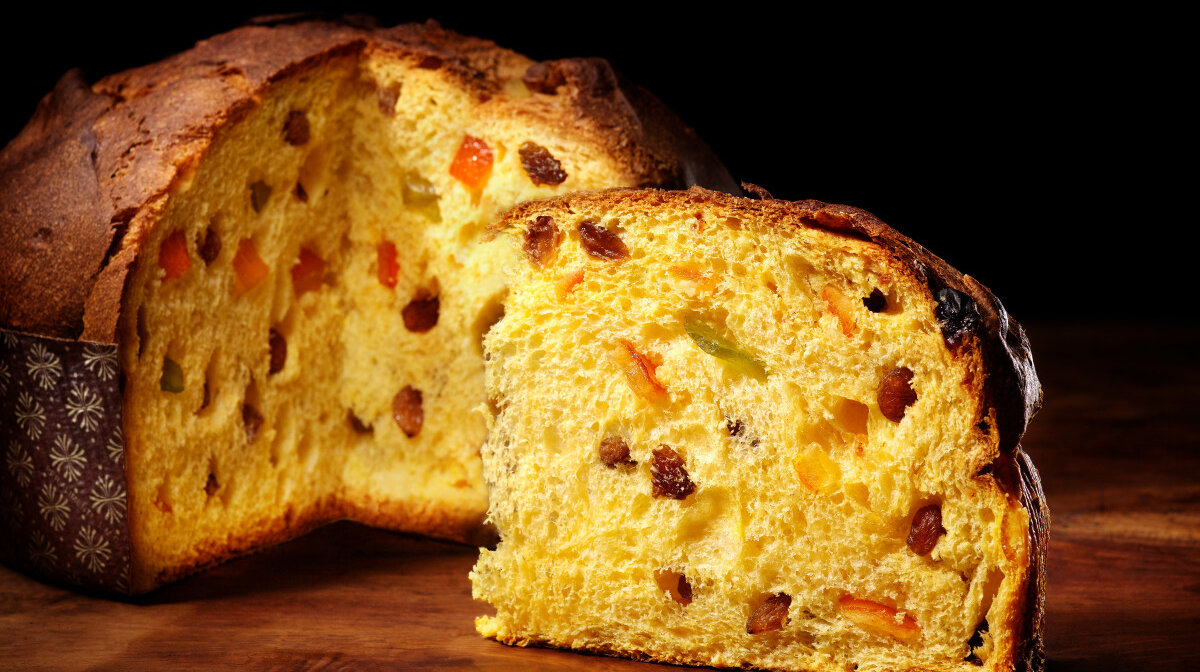 According to tradition, the name "Panettone" comes from "Pan de Toni" (Toni's bread). Legend says that, on Christmas Eve, the chef of Ludovico Moro burned the cake prepared for the meal. Toni, a scullion, decided to offer the mother yeast that he had kept aside for himself for Christmas. He kneaded it with flour, eggs, sugar, raisins and candied fruit, until obtaining a soft and leavened dough. The result was a great success and Ludovico il Moro called it Pan de Toni to honour its inventor.

However, the origins of this Christmas sweet can be most likely found in the Middle Ages, when people prepared a richer bread to celebrate the festivities, often made with wheat which was a precious ingredient. Panettone is nowadays available in two sizes, low and tall, being the latter an invention of Angelo Motta who, in the 1920s, had to bake babka for the Russian families in Milan, deciding to change his panettone influenced by the Russian cake's taller form.

Traditionally, panettone contains candied orange and lemon peel and raisins, but you can find infinite variations, including chocolate, nuts and other dried fruits. It is usually served with a sweet wine or liquor such as moscato or amaretto, and sometimes accompanied with mascarpone cream.