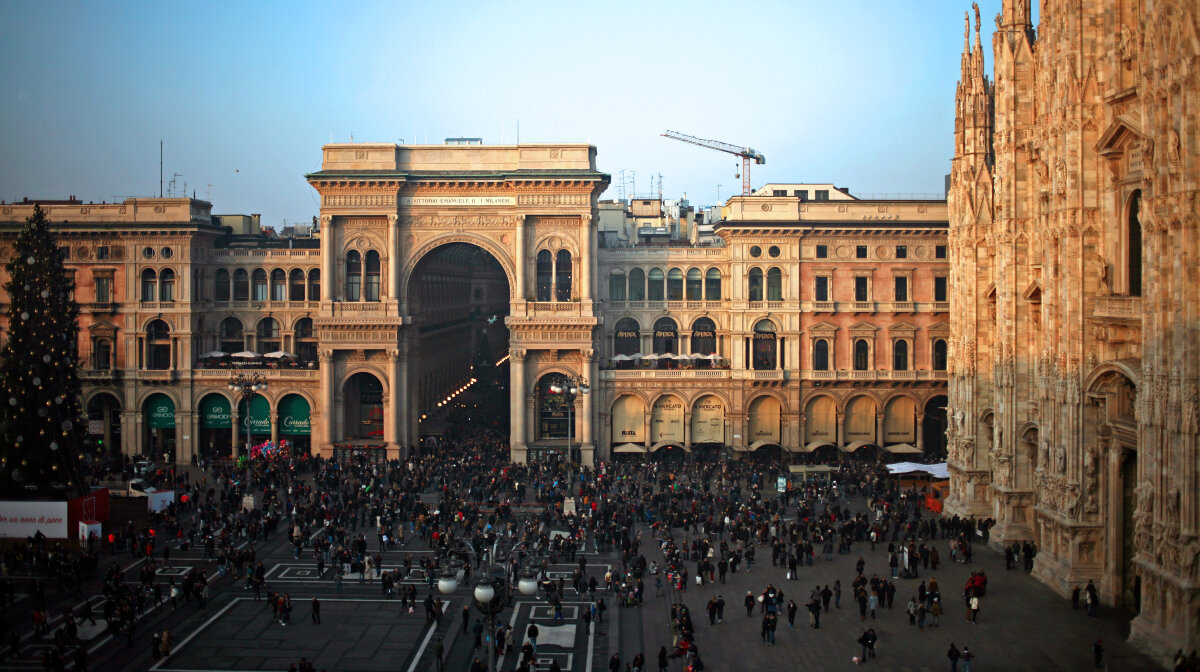 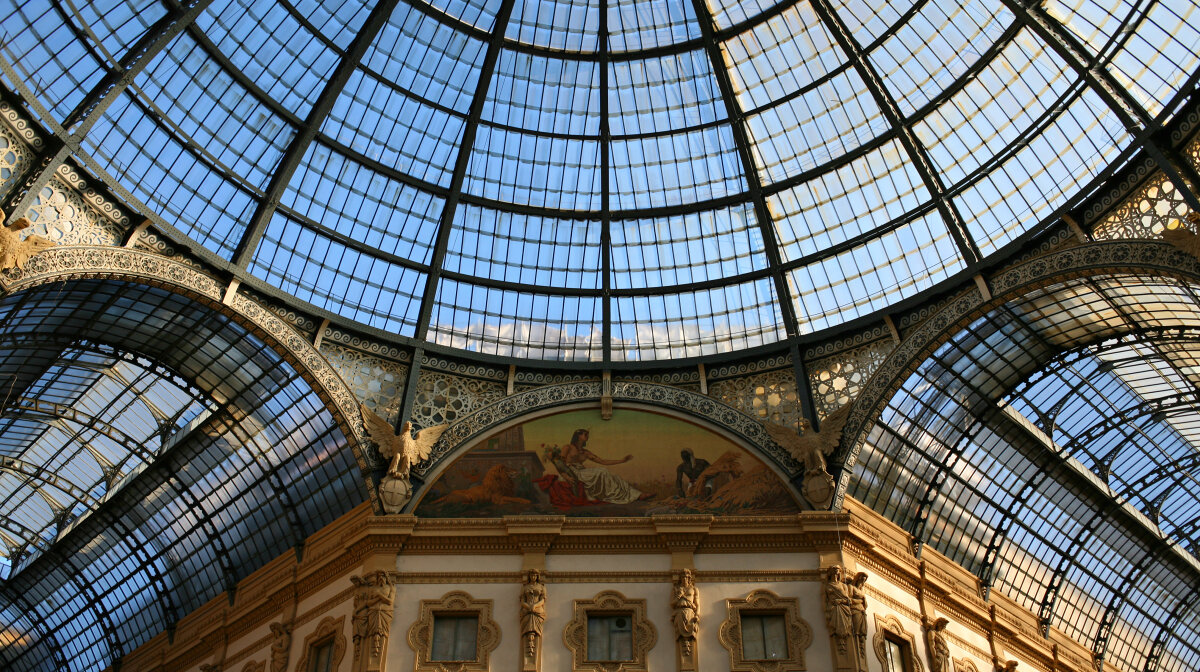 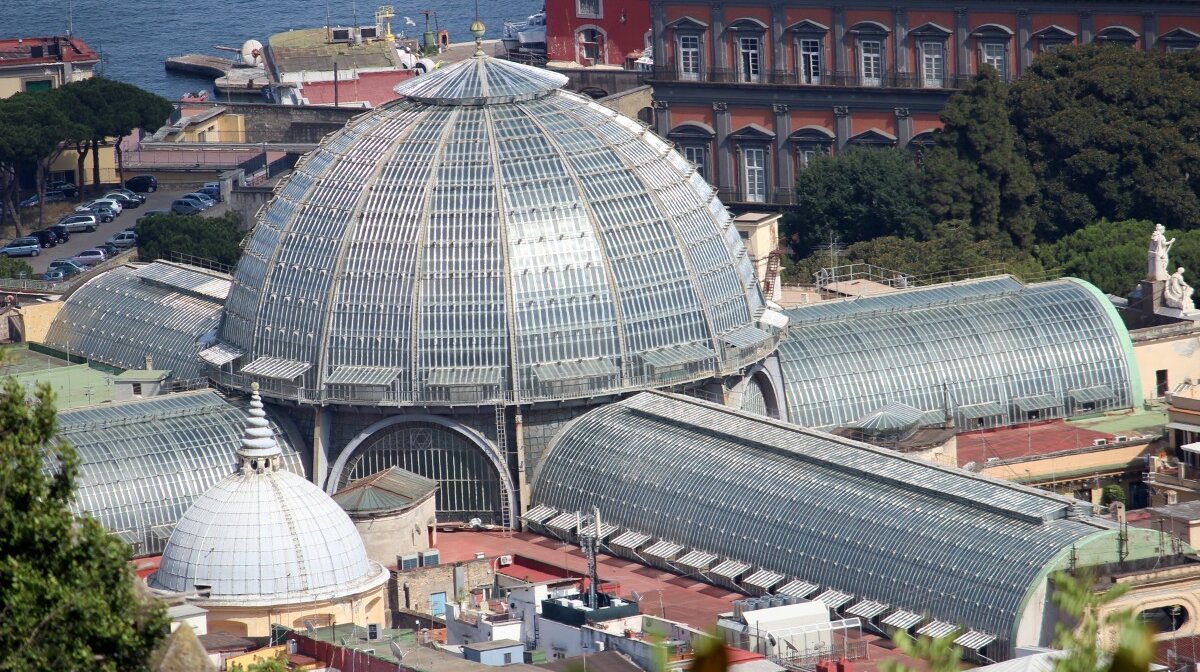 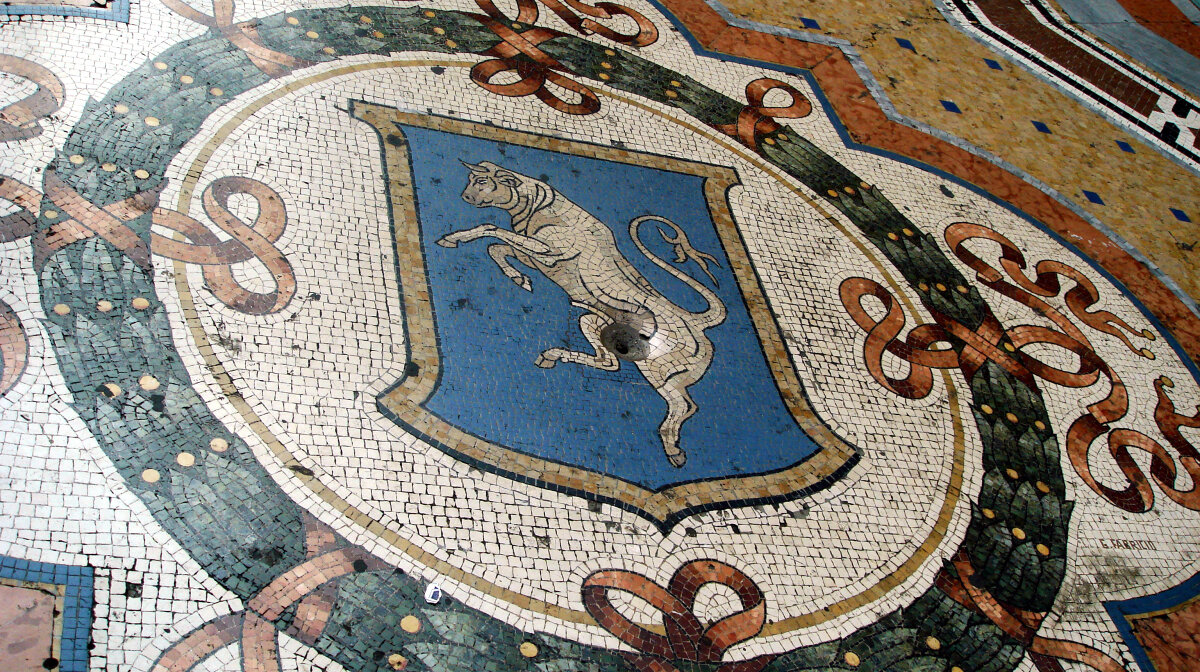 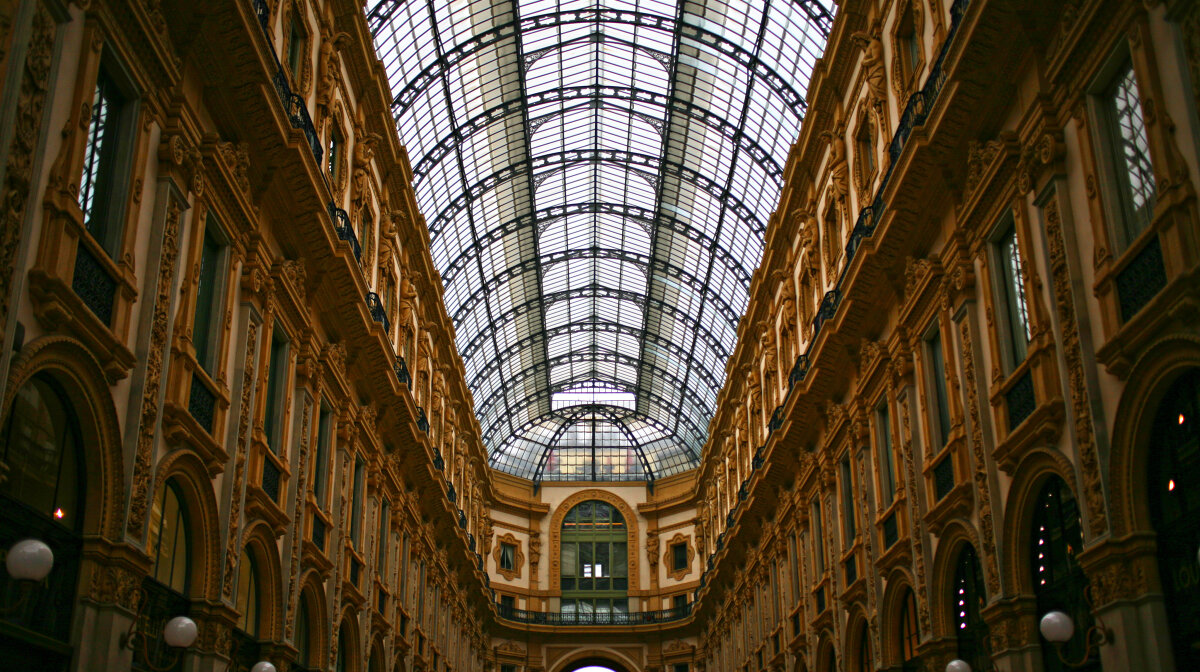 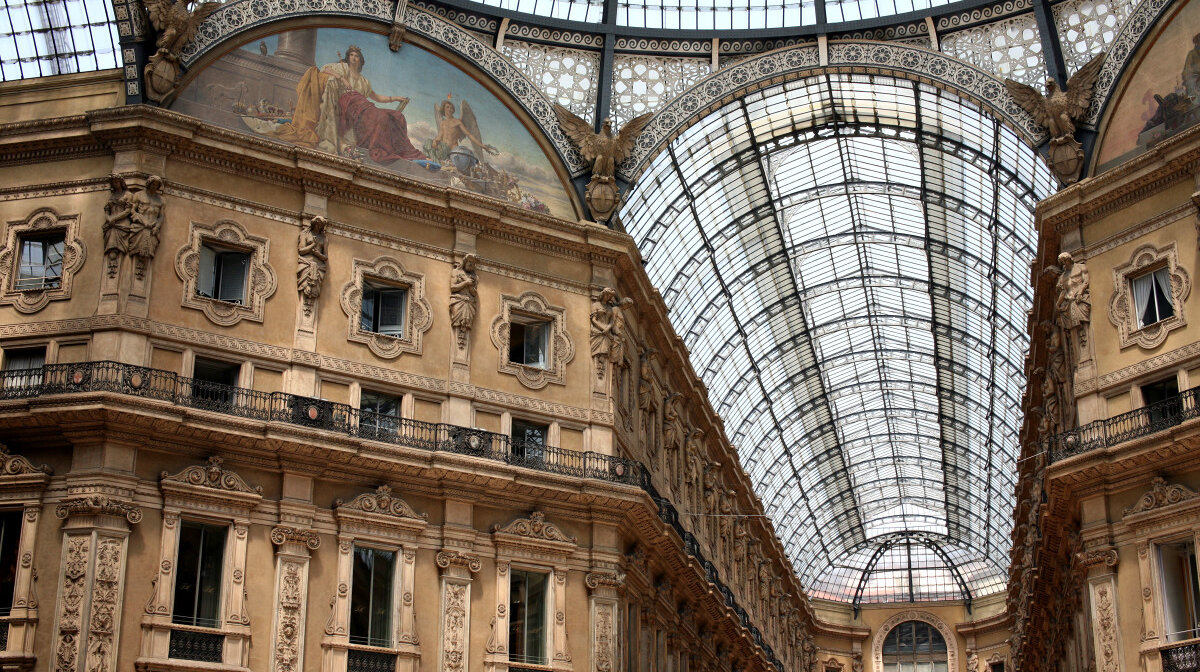 Built between 1865 and 1877 according to a design by Giuseppe Mengoni, it consists of two glass-vaulted arcades intersecting in an octagon topped with a glass dome. The floor mosaics depict the coat of arms of the capitals of the kingdom of Italy: Turin, Florence, Rome and, of course, Milan.

One of Milan's most recognisable landmarks, it houses upmarket boutiques, the likes of Louis Vuitton and Gucci, as well as the Prada flagship store. There's also an exclusive silverware store called Bernasconi, and institutions such as Biffi Cafe, founded in 1867 by Paolo Biffi, pastry chef to the monarch - though you should expect to pay 10€ for a cappuccino on the terrace!

Tradition says that if a person spins around three times with a heel on the testicles of the bull from Turin's coat of arms this will bring good luck. However, this practice has caused damage to the mosaic and a hole developed on the place of the bull's genitals, so we recommend you do not try it.