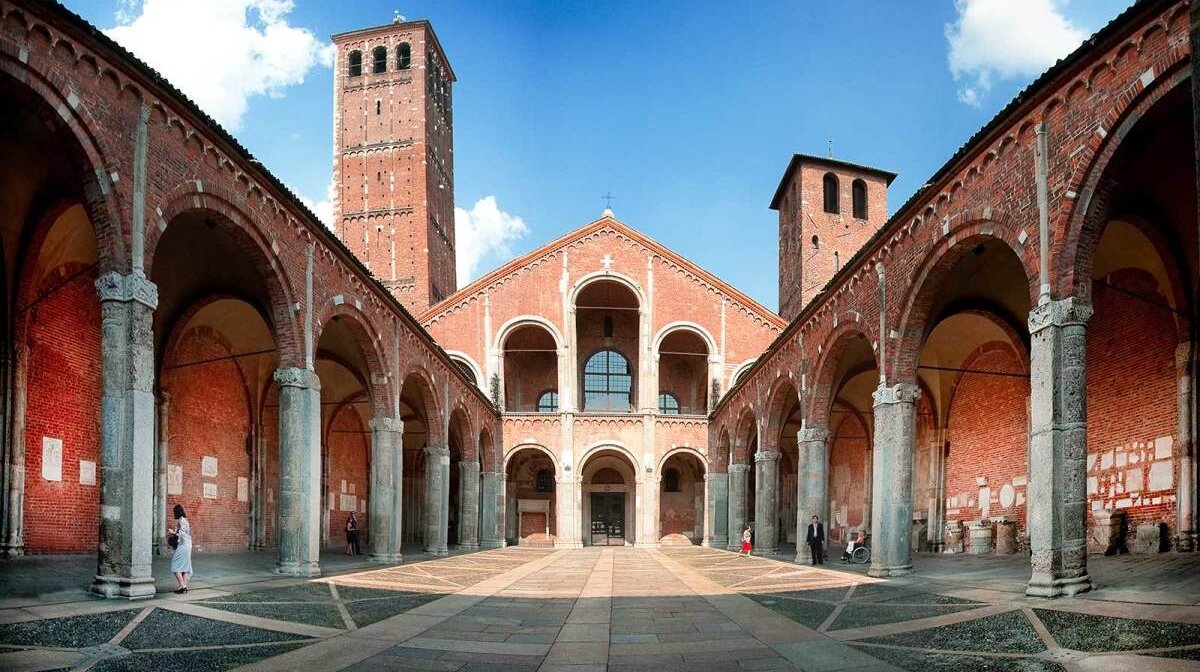 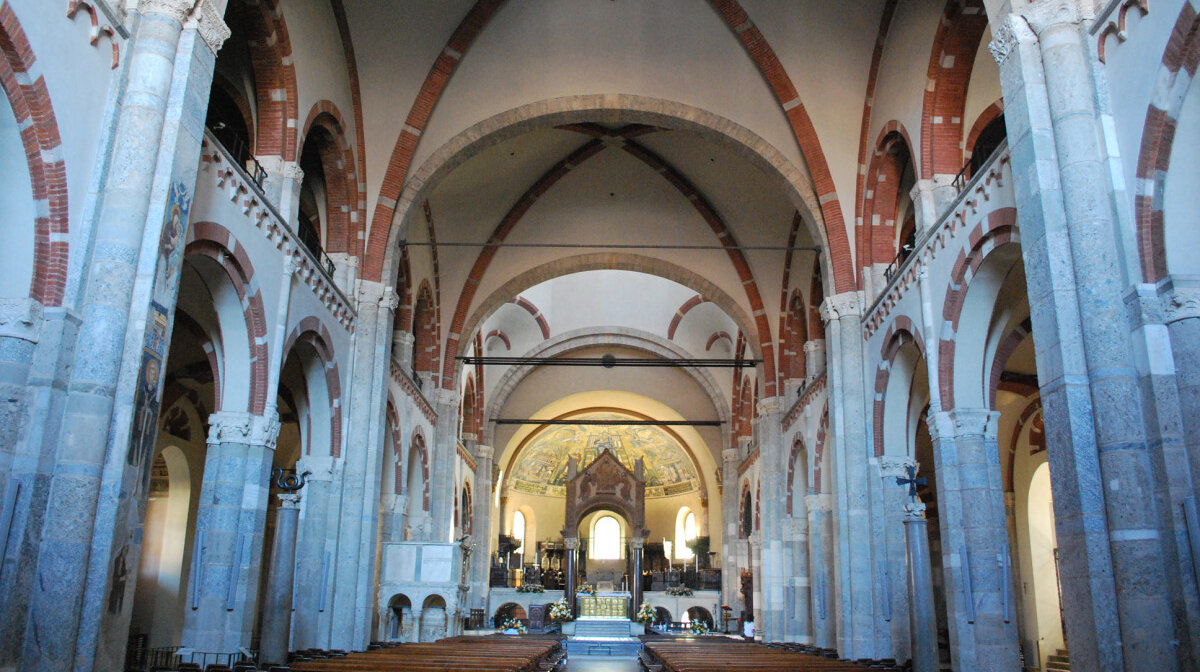 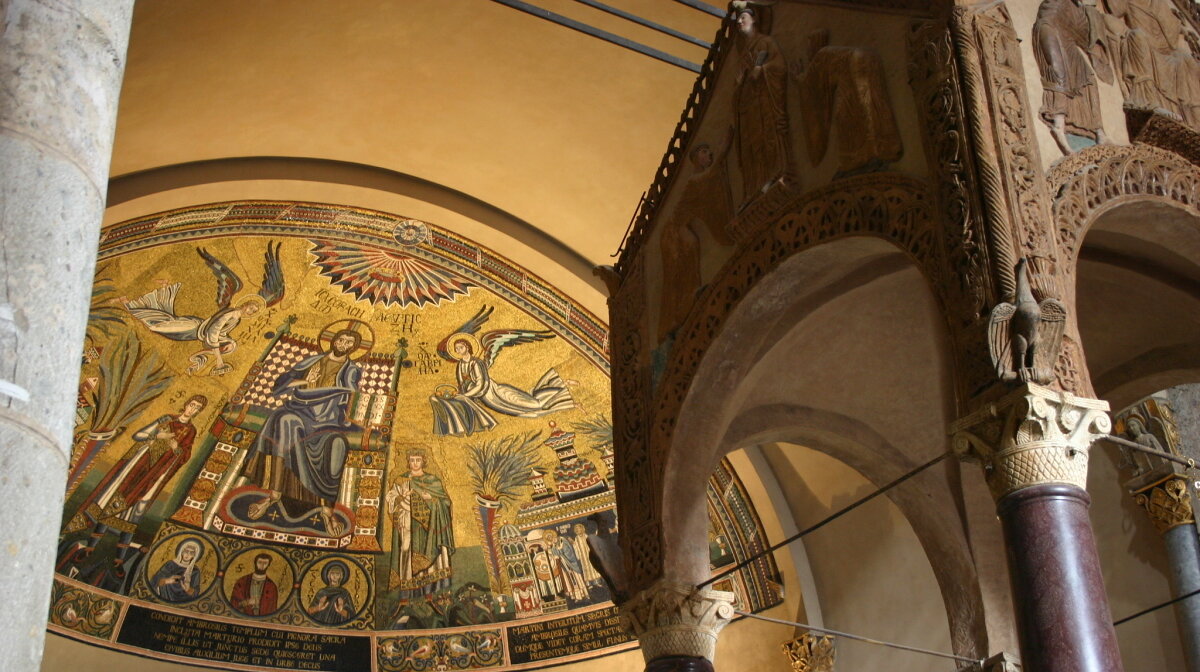 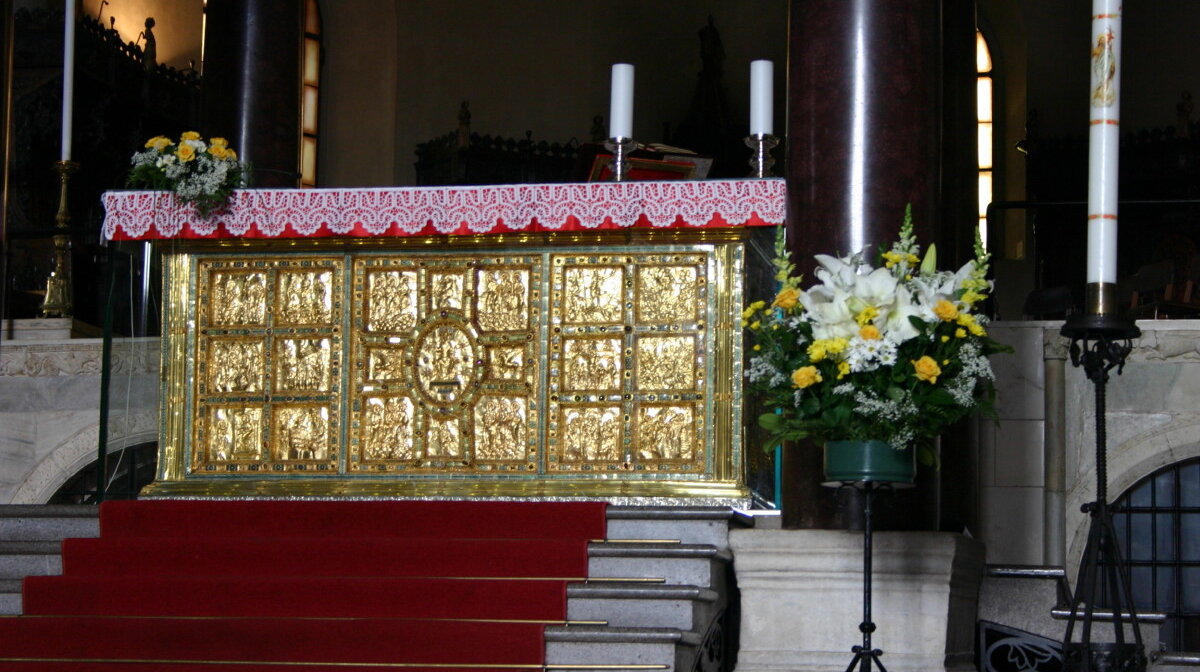 One of the most important religious buildings, dedicated to Milan's patron saint, Saint Ambrose, who founded this Roman Basilica. It is bright and well rebuilt and has a wonderful golden dome with thousands of mosaics. Saint Ambrose is buried here in the crypt.

Among the oldest churches in Milan, this basilica was built between 379 and 386, dedicated to the martyrs. It was erected in an area where many of them had been buried, victims of the Roman persecutions. Initially, it was outside of the city and in 789 a monastery of canons was established within the basilica grounds sharing the space with a group of monks, each of whom had their own cloister and bell tower.

It has undergone several restorations, and its current image owes more to the Romanesque style of the late 11th and early 12th century than to its Paleochristian origins. The building, rebuilt between 1080 and 1128 with a vault, is mostly composed of red brick with parts in stone and white plaster, with a large atrium in front.

Inside, the beautiful interior takes you back to the spirituality of the Middle Ages. There are medieval carved capitals, a marble ambo (pulpit) from the 12th century for Gospel readings as well as many other artworks.

Perhaps the most striking feature in this church is the decoration of the altar. The so-called Altare d'Oro boasts a baldachin supported by four Roman columns under which the 9th-century gold altar still remains. It is said that bishop Angilberto moved the relics of Saint Ambrose to a sepulchre in the 9th century, which was then covered with the precious altar by artist Vuolvinio in the year 835. In the 19th century, the relics of Ambrose and the martyrs Gervasio and Protasio were taken to the crypt inside a silver urn.

The apse displays a beautiful medieval golden mosaic depicting Christ and scenes of the life of Saint Ambrose. Older mosaics can be seen in the oratory of San Vittore in Ciel d'Oro, built in the 4th century with 5th-century mosaics that include the earliest portrait of Sain Ambrose.

There is also a Roman sarcophagus in the church, under the pulpit, which is said to belong to Stilicho, one of Theodosius most famous generals and has been dated in the late 4th century. It is covered with beautiful carvings of Biblical themes.

Admission to the church is free. If you want to visit the museum, tickets cost 2€.