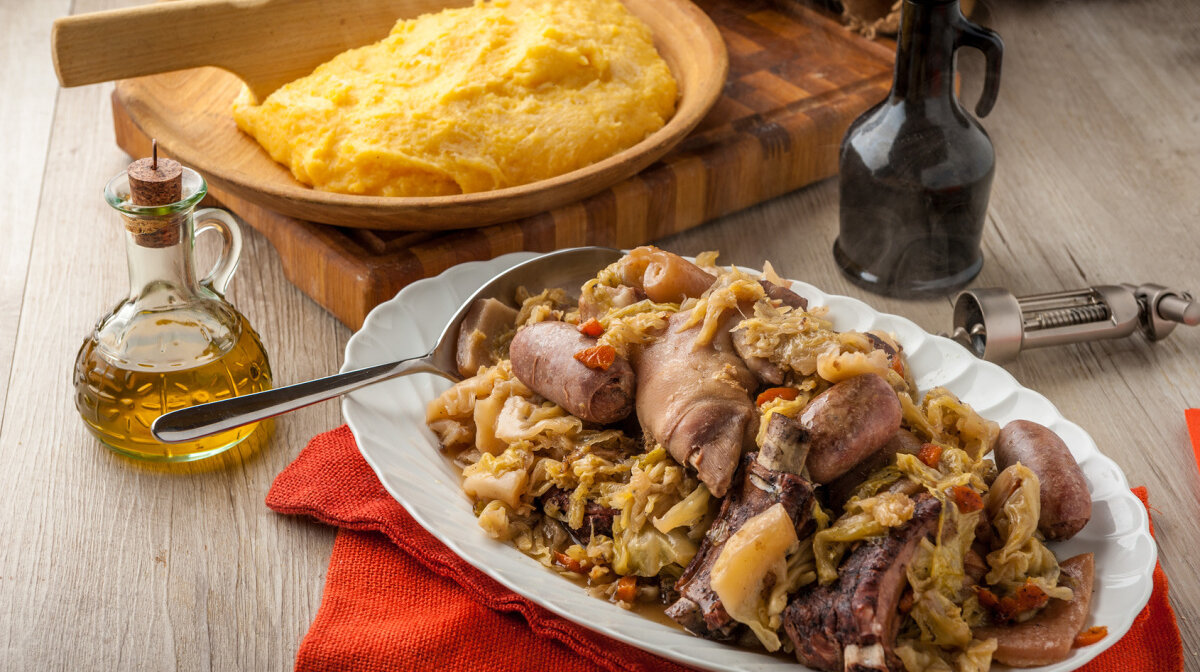 This traditional winter Milanese casserole-type dish is made using the cheapest cuts of pork and cabbage, and has been a winter staple in the Lombardy region for centuries.

The cassoeula we eat nowadays was born at the beginning of the 20th century, but its origins are remote and probably tied to the celebration of the day of Saint Anthony (Sant'Antonio Abate), on January 17th when the pig slaughtering period ended.

According to legend, it was a Spanish soldier who brought the recipe to Milan when he taught it to the family of the girl he was in love with. Rumours also say that Toscanini, the famous orchestra director, loved this dish.

It is mainly prepared with the cheapest cuts of pork meat (ribs, rinds, head, nose, ears...) with cabbage, carrot, onion, and celery. It sometimes includes other meat such as sausages, chicken or goose, and is served with polenta. Its name probably derives from the pot in which it is cooked, the 'casseruola'.

The casseuola similar to other traditional European dishes like the French 'potée', the Alsacian 'choucroutte' or the German 'sauerkraut', as well as the Castilian 'cocido'.