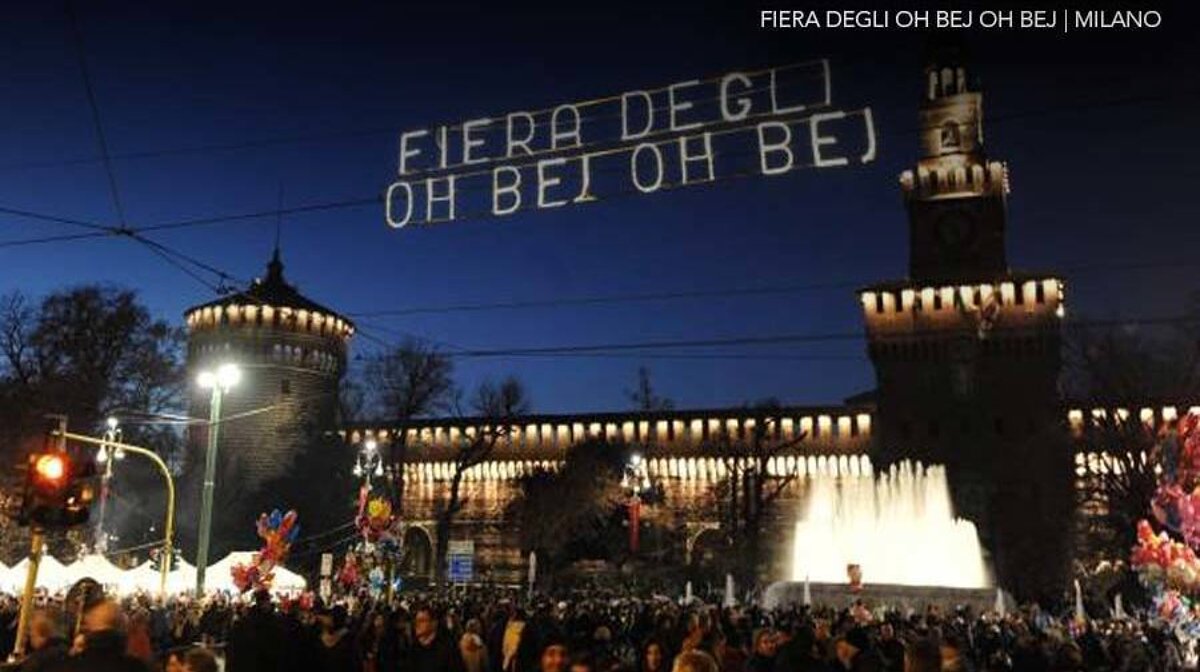 The fair is said to have been established in 1510, on the occasion of Giannetto Castiglione, delegate of Pope Pius IV, visiting Milan on 7th December. According to the legend, he wanted to ingratiate himself with the Milanese, and entered the city carrying boxes full of sweets and toys for the Milanese children. A cheerful crowd followed Giannetto to the Basilica of Sant'Ambrogio, and thereafter the fair was established to commemorate that day. The name Oh bej! Oh bej! is supposedly a reference to the cheerful cries of the Milanese children receiving presents from Giannetto.

It has been held in different areas of Milan, but in 2006 it was located in the area of the Sforzesco Castle. Most typical goods sold at the fair are sweets and Christmas or winter delicacies, handcrafts such as Christmas decorations, toys, antiques, souvenirs, bric-a-brac, and more. The fair is usually very crowded; this is partly because, as Saint Ambrose Day is immediately followed by the Immaculate Conception Day (an Italian national holiday) followed by a weekend, which means that Milanese usually have several free days in the fair's days.