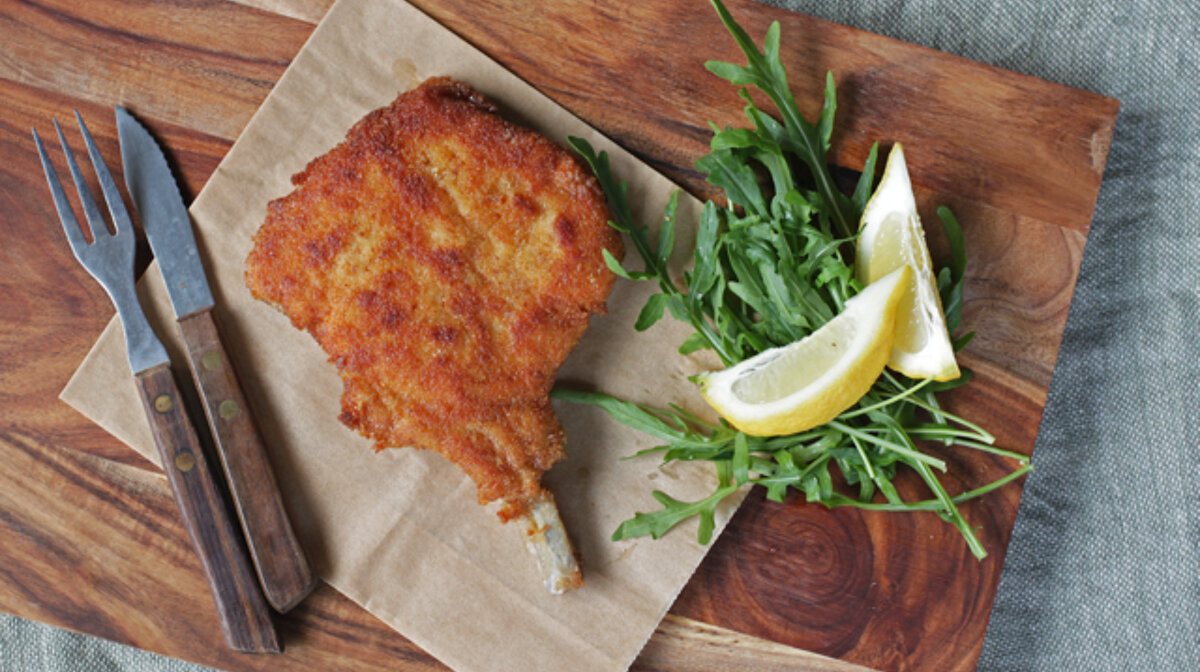 Named after the cut of meat used, the 'costola' or cutlet, this simple recipe is a classic of Milan's traditional cuisine.

There are two versions of the same dish, the proper 'costoletta' is made using a prime rib cut with its bone, while 'l'orecchia di elefante' (the elephant's ear) is a thin veal cutlet beaten to reach a larger size, similar to the Viennese schnitzel (but do not suggest that to a local as they are quite protective of their traditional cuisine).

The 'cotoletta alla milanese' is usually made with a high-quality cut of milk-fed veal with bone (such as rib eye), passed through beaten eggs and breadcrumbs and then fried in clarified butter. The crispy and golden breadcrumb coating hides a tender steak which is usually served with a lemon wedge.